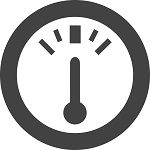 We used to call the lights on the dash idiot lights. You know the ones that come on when something is wrong with the car? There used to be only one light is some cars and when it came on you knew there was a problem! It wasn’t some small thing the engine shaped light said bad things were happening. Our last Minivan, yes we are now minivan free, had many lights some of which would come on about every six months. When I went to the auto parts store and used the code reader it told me I had a major leak in the fuel system. Turns out it was just that the gas cap had not been put back on all the way. So every time this happened I would go to the store to reset the light. The Toyota my wife drives has a panel which has at least ten different lights and this morning one of them came on. The shape was like a wine glass or maybe a horse shoe. What was it telling me, it was yellow so I hoped it meant I could still get to work? I looked in the glove box (glove box, who calls it that anymore?) but the manual only told me what Toyota was not responsible for. So I did what we all do I Googled it. Turns out this car has tire pressure sensors, the light meant one of the tires is low. I guess if I squint my eyes it kind of looks like a flat tire but to me it wasn’t obvious. Maybe an idiot light guide iPhone app would be helpful? Of course it would still tell me to take it to my dealer, because the only air my Toyota approves is the expensive kind!