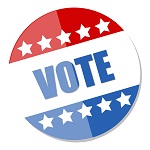 Today is Election Day, the day the commercials stop, the games all come to an end for an evening. Tomorrow, begins the blame game. Why one candidate lost or why they think they lost. The answers are more amusing than the outcome. One group will claim suppression of voters, one will say they “just didn’t get their message out to the voters”, both of which are laughable. I know that in my state the senatorial candidates like to eat small children and whales, judging by the commercials I have seen this year. They hate women, puppies and like to run through senior citizens homes yelling fire. Their plans consist of taking money from people who make it and giving it to large corporations who will then turn around and give it to the Chinese. Some believe if we give the people who hate us the above mentioned puppies that they will stop hating us. I have also heard that some of them doubt that polar bears even exist. All of this adds up to a feeling that after tonight we all need a good shower to get off the slime that has been slung. If they want us to have a better opinion of our election process, they are going to have to help us feel not so dirty after it is over.