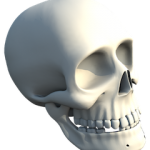 Nothing makes me feel all warm and fuzzy about humanity more than seeing the evening news. Last night they showed a picture of a man arrested for shooting someone on the south side of our town. The gentleman looked like he was in his sixties with a Mohawk hair cut and a Duck Dynasty beard. My favorite feature was the left glaucoma ghost eye. I’m sure he has his medical marijuana card for that. I know I shouldn’t judge a book by the cover but when the cover gives you nightmares I pretty much know I don’t want to read it. He wasn’t the only special story, a bar was shot up, and another man was stab after he sprayed someone else with ketchup. Other stories included fire, car wrecks and flooding. It is a wonder I can sleep after the news is over. I don’t think of myself as a depressed personality but it is hard to come away with any kind of hope for our future. Maybe that is why they end it with sports. I guess if I want to feel good about my fellow man I need stop watching the local news, maybe I should just watch reruns of america’s funniest home videos instead.