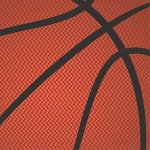 I am not saying Lebron James is a bad guy. But something about the Heat makes me think of them as the bad guys. The Spurs on the other hand always come across as the good guys. The biggest star they have is a quite unassuming guy who has played for the same team for seventeen years. I never hear about him in the news for bad behavior like many others. The whole team comes across as regular guys who work really hard, no flash, no glitter. I like that, it isn’t that the Heat are full of jerks they just get so much press that I can’t help but wish they lose. Don’t we all love the stories of the little guy battling to win over the big guy? Most of this is of course just the press. Tim Duncan and his teammates probably do stupid stuff and get into trouble as well. Maybe it is that they live in a smaller town than the Heat so we don’t hear about it. What ever it is it doesn’t matter, every time they are in the playoffs I want them to win. They have five championships and I still see them as the underdogs, I like rooting for the little guy even if he is seven-foot!