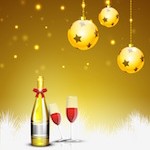 Every year on this day we put a bow on what was another trip around the sun. Tomorrow the local gyms will be full of folks who have used this day as the excuse to not do what they should be doing and the last day before they start doing whatever they promised to get done. Why tomorrow? Why not on a birthday or something significant? Tomorrow is just another day on a long string of days, it is no different that today. So why put so much pressure to start something you will probably give up in a couple of weeks? If we really want to change our lives it has to be a commitment that is not based on what everyone else is doing or some day, which we have deemed to be a starting point. Change is tough to make stick, we are creatures of habit and we don’t change easily. If the first of the year really makes you change your bad habits, more power to you. If it is just another day to pretend to change, you might as well skip the tomorrow rush.

Whether it is in business, sports or non-profit, success seems to be a mix of smarts and some intangibles which are hard to define. It can be a lot like trying to catch lightning in a bottle. That is why I get so blown away when a group seems to throw it away thinking they can just get it again. You see this with Rock Bands who get full of themselves. They go start solo careers which sometimes work and other times flop. How many large companies decide to go a different direction only to close the doors a few years later? Mind you, not all of this applies, for example some companies don’t improve their product so someone else comes along and builds something better. In sports teams usually have a few years of health and youth before they have to start replacing players. The other side of this can be that in some cases overwhelming success is probably unsustainable. At some point the other shoe has to drop. The point is when you have it, it seems stupid to walk away or try and fix what isn’t broken. Perhaps success itself breeds discontent or perhaps it makes people think more highly of themselves than they should. Whatever the case, it seems foolish not to ride a magical wave of success as long as it lets you. I think the 49ers are about to learn this lesson.

Are you done with your shopping yet? Many of us wait until the last-minute to make that purchase. I am not sure if it is a personality type that does that or if it is just men? I was done on Saturday and the only thing I really was waiting on was the stocking stuffers. I can buy the big thing, I usually have something in mind, but it is the stocking which trips me up. I always throw in candy, some socks can work in a pinch, but what else? As a kid you could toss in an orange from the kitchen counter or even some chap stick. Now I have to be more thoughtful. Something has to say that I thought this through, not just, hey I threw some things in your stocking. I think that retailers need to make gift cards bigger so they take up more room in there, and I also think we need to have a rule that says the stocking has to fit on your leg not be the size of Santa’s entire sack. Perhaps if I can get it at least half full, I will be able to get a pass. 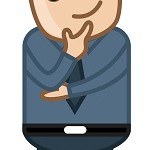 I know that we are still a little ways away from the New Year, but due to the overwhelming number of blog posts I have done this year there are a lot of apologies I have to get to, so I thought I would start a little early.
First I would like to apologize to North Korea and its leader Kim Jung loon! I don’t think I offended them but I don’t want to chance it, I don’t have the bank account of Sony pictures or the security, so I just want to make sure they are OK with me.
Second, the people who work with me. I can get on my soap box and throw them under the bus on this blog. Let me just say that I like working with most of you and you shouldn’t take it personal or try to figure out who I am talking about. Some of the rants are about people I use to work with, really it isn’t you!
Third, I must apologize to my wife. I am a man after all, and my offences are quite regular and mostly from not thinking first. I however do not mean them, they are a natural occurrence, kind of like photosynthesis. I breathe there for I offend. It is quite possible that even if I was a bubble boy encased in some plastic contraption, I would still find a way to do something stupid.

I know I am starting early but, twenty-fourteen has been a great year for me. I can’t say that everything has gone right but for the most part it has been a year of blessings for my family and me. That being said there have still been things this year, which I wish I could say, didn’t happen. These are not things that necessarily happened to me but things we all had to put up with that can just go away and never return, and they are in no particular order. 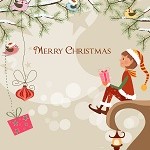 Does anybody else think the whole “Elf on the shelf” thing is a little creepy? This thing has really taken off in the last few years. I am really grateful my kids are too old for this because I just don’t have the energy to pull off something like that. Even the tooth fairy forgot a few times around our house, which caused me to make up a late fee payable upon delinquent retrieval of teeth. While it isn’t my thing I can’t see why I would not want anyone else to do it if they are so deranged, but apparently somebody thinks this is a covert way to teach our children to be ok with constant surveillance. I know there is much discussion around privacy and how much is ok, but thinking some  tradition for helicopter moms is going to make our children approve of  constant watching by the government is a bit over the top. Perhaps it is my fear of clowns and dolls, with clown dolls at the top of the freak chart. The only thing I think the elf on the shelf will increase in our children is, bed wetting. Would you get up in the middle of the night if you knew some freakish elf doll was wondering around your house? 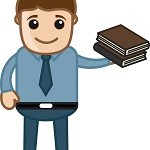 Have you ever looked at the overwhelming number of book on management? I can’t believe it is really necessary to have that many books on one subject. And not just management in general, ever kind of sub-topic for every kind of situation is there for me to buy. I was talking to my boss about a long-standing problem, and he reached on his shelf and gave me a book on managing unsolvable problems. I have an entire library both printed and online which my company maintains with all of their favorites for me to read. I have in my own personal book shelf more than a few from over the years. Some of these I am hoping that just having them close to me will make me better at managing them the others I read hoping to glean some skills for doing my job. The bottom line is I hope after all the mistakes I have made that one day, I will have learned not so much what I need to do, but what not to do. That at least keeps me off the corporate naughty list.

I am a big fan of sausage. I put it in my eggs in the morning and in a tortilla for lunch and if I could it would be in most of my dinners. The problem is that in my blissful twenties I could eat it and not care what was in it. Thou I don’t like to I have read the articles about how they put ever kind of gross thing in them, and worse yet I actually read the label of my favorite Chorizo to find to my horror just what I had put in me all those years.  So I started buying healthier versions, made with things I can pronounce, and while they are better for me most of them just aren’t as good as the artery clogging originals from my youth. I have even attempted to make my own to recapture some of the flavor I miss but I have not perfected mine and no matter how close I get ground turkey will never replace cheek fat and lymph nodes. So I will suffer through and do what others “old guys” do, tell my kids how much better it was in the old days.

This Christmas shopping season, I am seeing the scammers take new and probably effective tactics. Even though I have bought nothing from BestBuy, I have received at least a dozen emails confirming my order. I have seen many of these and not just from BestBuy, Amazon, Target and other as well. IF you use any of them you know what the emails look like and the fake ones are pretty convincing. What I noticed and always look for is a .zip attachment. If it has one that it wants you to open you can be pretty sure it isn’t from who you think. The problem is these guys are getting better and better at making these look real. This makes it a nightmare for those of us who are responsible for maintaining your computers. While I am on the subject, just as a public service announcement, back up your computer files! Some of my customers think I am a miracle worker. I do appreciate your confidence but if you click on the link to see what was ordered, I can almost guarantee some data loss and I have no miracle for that.

Perhaps it is just that I am a little off, but this story just tickles my funny-bone. A gym teacher’s wife noticed that her husband had worn the same outfit for the school pictures two years in a row. That was forty years ago, what started as a goof has now become legend as this guy has worn the same outfit in every school picture since. For forty years this guy has put on the outfit, which he admits is a little harder to fit in, to keep a gag running. The timeline is priceless, and it helps me remember that just because I am getting older doesn’t mean I have to stop having fun. If anything my capacity for fun should be increasing as my appreciation for the years and miles on this body of mine becomes clearer. By the grace of God I have had a great ride so far, and I look forward to an even better second half!
Gym Teacher story Link