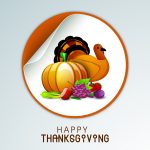 So begins the holidays. Today is the calm before the storm. I say calm, but I am sure cooking, house cleaning and everything else that has to happen before people come to your home are going on. I know this is a generalization, but I think most of the stressing is going on by the woman, not the men. Men are cleaning off the dust on the big screen television and making sure there is enough beer in the refrigerator. Yes I do contribute to the cleaning, I am also available for store runs, getting pans down from high shelves and retrieving dishes and other essential from the storage places they are kept the rest of the year. Mostly I am keeping my head low and out of the kitchen as to not upset the delicate balance of what needs to get done. It is a good thing my wife has today off because it allows a little more time to get things started. It is always a lot more stressful to start all this the morning of the day. Even if we tried to plan ahead and maybe clean over the weekend before the house would somehow fall back into the same state over the three days so why even try to get a head start. So as I type this it is helping me look busy and is keeping me from possibly having to clean the pine needles out of the gutters or some other equally annoying task which I would have to do even though we are going to someone else’s house tomorrow.

Awkward: causing or feeling embarrassment or inconvenience.
Synonyms: embarrassing, uncomfortable, unpleasant, delicate, tricky, problematic, troublesome, thorny.
I don’t do well in awkward situations. Even on tv or the internet when I see something awkward I get nervous. I don’t know why, if it is happening to me that is one thing but when it happens to others, why do I get nervous? Let me give you an example; Sitting in a bathroom stall and the person in the next one over is reading something out loud! Awkward! Seeing a woman coming out of the bathroom with her dress tucked into her underwear. Awkward! Or pretty much walking through a Walmart, something is going to come up. Is that empathy or just nerves? I go to great lengths to avoid this type of situations and yet we would all agree, it is impossible not to be in one from time to time. Heck, they created a tv show which has run for about twenty years which takes these situations which are caught on camera and has the audience vote on which one is most embarrassing. Yes from time to time a cute one wins, but for the most part, our favorites are the ones which grandma’s teeth fly out or a guy gets hit in the groin doing stupid stuff. I from time to time will have to leave the room as they show one of the more embarrassing ones, perhaps my nerves are just are just connecting to a moment in my past in which I came close to accomplishing the same feat of stupidity. I sure am glad I grew up before the age of cell phone cameras! 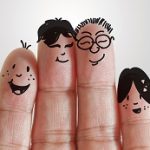 First I would like to say that I was not happy with our choices this election. I was not for either of the final candidates. That being said, I would like to say that I am concerned about some of the comments I am seeing out there now. A lot of what I am seeing is directed at what the president will do or won’t do. Not on a policy level but down to personal things, let me give some examples. People are saying that the fear for their lives if they are gay or Jewish, they are saying that woman are going to be mistreated by the government. While I can understand they might be scared, I want to set the record straight. It is not the government which sets the way people are treated; it is us! We do not need any more laws as to how to govern people, there are enough laws to cover just about everything, what we need is us, treating people the way they should be treated. If people are being oppressed, it is our responsibility to make it right. If people are oppressing others, we need to make it stop, no matter who is in the Whitehouse. A comment I heard years ago is still true today, Change the hearts, and the laws will follow. The government sets policy as to trade, regulations on business and judicial appointments, it is us who determine how our fellow man is treated. I don’t care who you voted for,  I will treat you the way you should be to the best of my ability and no elected official can stop me. I think if we can agree on that, we will all be fine!

So I started writing this post three times. The first time I went on a tirade about the election. I deleted it because let’s face it that will be every other blog post today. You don’t need me saying what everyone is so very aware of; we can’t wait until Wednesday. The second time was about the media, but it just went down the same toilet. It took a lot to find a subject that didn’t swirl in a clockwise fashion, and since most of today and tomorrow are going to feel like a giant wedgie I decided to find something else to write about. No, today I want to discuss whether or not to keep my home phone. We all have cell phones, and I am paying for a phone which only receives calls from Ivanka Trump or the pharmacy. I know what you are thinking and no I am not personal friends with the Trumps. Every time I look at the caller ID, it either says unknown or Social Security office neither of which I want to answer. I don’t know why I have not gotten rid of it, but we have had that number for eighteen years it feels a little like losing a piece of our past. Just in case you think that I might miss getting all the robot calls or sales pitches I have been getting them on my cell phone as well. Everything from roofing companies to surveys. Before you tell me there are no call lists that I can be on, I am. I have signed up for all of them, and I am still getting a call almost every day. I guess I thought that if I just kept the house phone, it would all go there, my bad. The only good news is, come Wednesday, half of the calls will stop, but if I do get rid of the house phone how will I know that the ARC has a truck in my area? Well if I do decide to get rid of it I will wait to make that decision till after Wednesday. I have had enough of big decisions for the year. 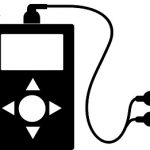 I got into a discussion about music the other day. A person was saying that there is still good music out there still being created, it was that we are too lazy to find it. I would have to say I agree with that, maybe not lazy but too busy with other things to find it. With all the different ways to get music, Pandora, Spotify, iTunes, Amazon and Android I just don’t have the time to look through all that to find what I like. I can also say that there is no way what they put on the landing page is anything I want. What they are pushing as music sounds more like the blender with a brillo pad in it on high. The biggest problem is that a lot of the music I like if I sit down and think about it is less about the music and more about the memories that go with it. When I was a young man, my cousin who I worked with told me U2 was playing at the San Francisco Civic Auditorium that night. I think at that time I might have known one song by them this was well before they got big. We decided to go up on the train after work and see them. I will say that it was the best concert I have ever seen, they were amazing. More than that my cousin and I had a great time together. That cousin died a few years later in a tragic accident. So when I hear early U2 songs, it is not just the good music that I hear, but a strong memory in my heart which makes the connection. The music I like is more than the band or even the song; it usually is connected to a time or place in my past which was powerful for me and makes that extra magic which makes me hunt the various music stores for those songs. That is something I can’t get off any music stores!