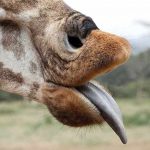 It has taken me all of my fifty-two years, but I have finally done it! I have found the perfect and complete waste of time. It turns out a giraffe at a park in New York is about to give birth, and they have been live streaming it since about Thursday of last week. While I have not watched every moment, I have had some extended time of doing absolutely nothing but watching this event on various devices. Over the weekend while I was working on my bedroom-bathroom project I had it up on my TV, so I could walk by and get an update. While watching TV, I had it on my computer, while working on my computer I had it on my iPhone. I don’t know how long giraffes are in labor, but I can tell you it is longer than five days. I want to yell out, just push already! I have things I need to get done. I can’t be tied down to the internet, but yet here I am wasting lots of time. At least at work with large monitors, you can just keep it in a window off to the side while you work. The thing is 94,741 people are at this moment which means there is an awful lot of work not getting done. To the animal parks credit, they are making some money off the internet, but not too much else is going to happen for those who are watching. Perhaps today I can get back to getting things done and check in with the giraffe later. It isn’t like I can’t google it later and see a replay! Something about watching it live has got me hooked. 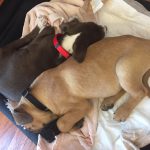 A friend who speaks on stress used an analogy to describe how we deal with things. He said we are like a glass of water that has some level of water in it at all times, that is the stress we carry around all the time. Then there are things that happen that cause more water to go into our glass which raises the level. Whether the glass overflows depends on the amount of water already in the glass and how much is being poured in. His premise is that if we understand that and try to not carry so much already in the glass, we will be able to handle more that life throws at us. We all get more than a glass of water thrown at us from time to time, sometimes it feels more like a fire hose, but I also know some folks who are carrying around so much stress their glass couldn’t take one more drop. Some of them it seems, have no reason to have that much, they have nothing going on, and yet they are overwhelmed. I used to work for a guy like that. I swore he was going to pop a blood vessel in his head and end up dead at his desk. Eventually, he quit and moved to Florida. Hopefully, he is much more relaxed now. The reason I bring this up is, I see a lot of my friends and family on Facebook right now posting things that seem to suggest they are very stressed or at least very fearful. I would like to tell all of them that they still have friends and family that love them and we have not unfriended them. I hope that gives them a reason to lower their level of stress, if not I have attached a picture of my new puppies, which should do the trick! Either way I hope you can get back to a calmer more gentle level in your lives. 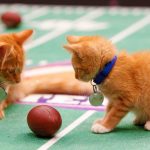 Yesterday, before the super bowl started, I mean four hours before it started the pre-game festivities had already begun. I turned on the TV while eating lunch to see what they were saying. It amounted to not much. My wife walked into the room and asked me to turn it to an obscure channel way up in the, never turned to before, numbers. What did my eye behold but the pregame for the pregame of the not really a game, kitten bowl. Yes on the TV was two people who I used to have respect for as sports announcers reading one of the corniest scripts about how the kittens were trying to play something like football. All that was happening was kittens being enticed to chase after small toys in a box made to look like a stadium. Look, I think kittens are cute, but this was sad, they would cut back to the announcers and then to shots of what was supposed to be the parking lot full of more kittens tailgating. I have watched some dumb things on TV, MTV used to have my vote for the least valuable content on TV, that is after they changed the format to anything but music videos, but now I have decided that the channel showing the kitten bowl is my new winner. I also think that the two announcers should be shunned from the world of sports. Perhaps they already couldn’t get a job, so this is what they had to resort to. In that case, I guess I can’t fault them for getting a paycheck, at least I hope they got hazard pay! 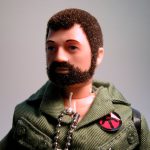 When I was a kid, it was a very different world. We did things we wouldn’t dream of our children doing today, and I think that is a shame. Of course, not all of it was safe, but it didn’t thin the herd any, it just injured a few of us and left scares that help us remember what we learned. I thought I would list a couple and the injuries that resulted and perhaps lessons learned.
1. Building a diving platform off the roof; We had an above ground pool, and as what always happens things escalated until we were all trying to out-do each other. One note, you had to dive out far because the platform was on the shallow end, so when I tried a back flip into the pool, hitting my teeth on the bottom of the shallow end should have been obvious. Lesson learned, showing off has consequences.
2. Unsupervised Estes rocket use; putting those little things in a cardboard rocket and sending it into the sky is fun. I also wondered what else they could power? So I took some duct tape and strapped a couple of engines to a toy jeep and sat G.I. Joe in for a ride. When the engines fired, it sent the jeep instead of straight down the street, into a death spiral. G.I. Joe was tossed aside, and the whole jeep was a mass of fire and melting plastic. Lesson learned, there is a lot more to rockets than just thrust. Also learned melted plastic is hot!

Old news style, one thing happens they report on it then bring out so-called experts for weeks to explain what happened and speculate on it until many months later till something else happens. The new pace is much more by the minute. So many things are going on it is hard to pay attention, and I think I have reached a maximum input level. I am now turning it off, I will check in with the local news in the morning catch a few websites during the day for only a minute, but that is it. I am done with the hysteria, panic and downright stupidity of being outraged at everything. If I listen to the news, the world should end by the time I hit my pillow tonight. I don’t know about you, but when I was a kid, there was a story about a chicken who said that all the time and it didn’t work out for that chicken, or his friends. I also know that someone else who I trust much more, who says no one knows the time or the place. I am feeling a bit like the parable of the Chinese rice farmer if you don’t know that one ask me, in that very little happening elsewhere is affecting my day to day. I know I should be involved and I should care, I do, I just can’t see where everyone hating each other and screaming at each other is going to get anything accomplished. I am hoping they all get tired soon from all the tantrums and then the adults can step in and sort out how we move forward. Until then I will save up my energy.