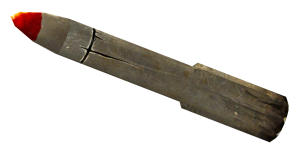 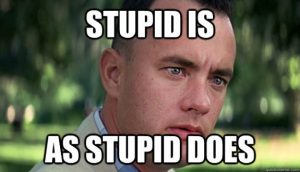 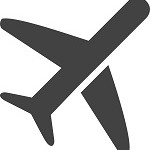 I had a rough time getting home the end of last week from a conference. The airline got us all on the plane, made us sit there for an hour before we were taken off and told the plane was broken and a new one would come in five more hours. Which meant I didn’t get to connect to the next leg of my trip that night, so the airline had to put me up in a hotel for the evening. My luggage didn’t show up, so I had to wait for them to find it. While waiting another passenger came up to the counter looking for her luggage which had not shown up as well. She was an older woman, and what I was to find out, she had no business traveling alone. At this point, the story becomes very complicated, but the short version is I got to be her assistant from the counter to the taxi to getting her in the door of her hotel room. All this was happening at 3 am so it wasn’t when I was at my finest, but I did what was needed to get her safe in her room. I doubt that this lady would be able to tell anyone who I was or remember that someone helped her but it doesn’t matter to me, I am just glad that I got to be her angel for a few hours. She was trying to get to her family due to a sudden death. Who knows if she would have made it without help, and I am not saying I was the only one who could have helped her, I am just glad God put me there to be the help she needed. It is one of the wonders of how God works and one of my favorites things to be able to do. To be in the right place and willing to be used when he asks! 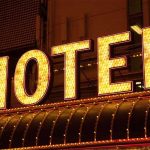 I will just admit it now, I have a few quirks. Some of them show up when I travel. Things that make me feel just a little off when staying somewhere that is not my home. First one is, I can’t stand bed and breakfasts. I do not want to share with the hosts who are usually colorful characters who love to share and hear all about you. I don’t want to share, especially a bathroom down the hall with all the other guests in the hundred-year-old home that has floors that creak anytime you move. I like the anonymity of a hotel, but there are things that bug me about them as well. There is always the curtain that leaves a crack down the middle so you can see flashes of people walking by. I always wonder if they can see in the room. Of course looking to see me sitting on the bed flick the tv channels would be so exciting(sarcasm included). This is only a problem if your room in on the main walkway where everyone has to traverse to get to their room. Then there are the wonderful guests who assume everyone is still awake at 1 am and so carry on a lengthy conversation just outside your room. Hey, buddy, I did not stay till the bar closed, and I want to get to my conference tomorrow with a few hours of sleep. That is what your room or the lobby are for. That and a stranger coming in to clean the room when I am gone always make me glad to get back home no matter how great the trip. At home, my toothpaste and the unmade bed are just like I left them. I find comfort in that. 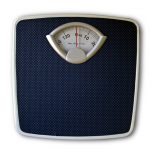 My wife and I have been on a diet for almost a month now. Diets are hard enough to stay on when you are in a routine, but when you travel, it gets even tougher. I am heading out of town to a conference, and I will be alone in a far off town with nothing but buffets and restaurants to tempt me. The question will be if the free carbs will make me falter or will I stand strong! I have been doing good I don’t want to start over but, come on, how can I stick to a carb free diet when dinner rolls and bagels are stacked in front of me like an edible pyramid. Did I mention that most of this will be included? Look. I am going to do my best, even take my running gear and try and get at least one run in, but I am only human, and one who really likes to eat at that. I will let you know when I get back how well I did, but I figure going in with low expectations makes any success that much sweeter. Wow, I can’t believe I didn’t even mention the deserts till now, this is going to be tough! 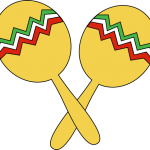 Cinco de Mayo, the largest excuse for drinking and wearing derogatory hats and costumes since Saint Patrick’s day! This day that is significant to the people of Puebla Mexico because it marks the end of a battle they won over the French despite overwhelming odds has been turned into something that does not resemble Mexican pride. Like the fourth of July, but instead of breaking out the hot dogs and hamburgers and American flag shorts, it is tacos and burritos with sombreros. I guess the bottom line is several times a year we need some reason to drink heavily and over eat so we have created these days, and I include Thanksgiving in this, in which it is socially acceptable to do so. I don’t think we have to work so hard to create these kinds of days when I was growing up, we just called it Sunday dinner. As many of our family as was in town got together, and by family, I mean anyone who ever was a roommate, friend or dated a family member was also invited. My uncle fired up the barbeque and everyone eat and drank till the mariachi music started cranking. Then it really got interesting! Never needed a special day of the year, just family! 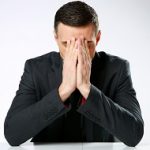 I am running late today. I have a problem with something I am working on, and it is not working how I want it. This makes me do things like not paying attention to other things I should. I will tend to keep working on it till I get what I want, but I have been on this one for a few days. I am frustrated and annoyed that it is not working. When I was young, I had a boss who was more than a crusty character, this guy acted and looked a little like he should be on a pirate ship. He knew everyone in the business and had worked at every shop in the area at some time or another. With all that is was still a good boss, he understood the work and knew how to talk to you when you were frustrated or stuck on something. He would come by my cube and see me struggling, and he would say ” Bob, it is an inanimate object, it isn’t smarter than you.” He then would tell me to walk around the building once or twice to clear my head then get back to it. You know that worked for me, and it still does. So the last few days I have walked around the building a few times a day. The building I worked when I was young was a lot smaller, but so were my problems.